From Success to Failure: The FTX Saga 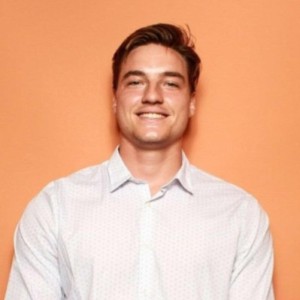 Cryptocurrency exchange FTX and its founder and former CEO, Sam Bankman-Fried, were at the center of a significant collapse in the crypto industry in late 2022.

FTX was founded by Sam Bankman-Fried, the CEO of small trading firm Alameda Research. Alameda made money by buying and selling cryptocurrencies in different parts of the world, using borrowed money (leverage) to fuel its trades and make larger returns. As the price of cryptocurrencies soared, Alameda had no trouble paying back its loans in either dollars or crypto. However, as more sophisticated investors entered the market, these types of trades became less lucrative for Alameda. In an effort to bring in additional revenue, Bankman-Fried decided to build a cryptocurrency exchange, resulting in the creation of FTX. The exchange became popular with investors, who were attracted to the trading discounts offered through the use of a token called FTT. Alameda served as the main market maker for FTT, buying and selling a majority of the tokens and using them as collateral for more loans to facilitate its trading activities. Initially, the token was valued at almost $80 and there are currently almost 250 million in circulation. However, FTT proved to be the downfall of the company. The FTT was part of a rewards scheme for customers of the exchange, who could use the token as collateral and execute trades at a discount. However, the tokens were not widely distributed and a large portion was owned by FTX and affiliated companies, as well as Bankman-Fried’s hedge fund, Alameda Research. This lack of transparency allowed Alameda Research to use FTT to make risky bets on other cryptocurrencies and financial products, funneling money from the FTX exchange to the hedge fund. The largely unregulated world of cryptocurrency allowed these practices to go unnoticed until the recent collapse of FTX, leading to bankruptcy proceedings and legal and regulatory scrutiny for Bankman-Fried.

The events leading up to the collapse began on November 2nd, when CoinDesk published a report revealing that FTX-affiliated trading firm Alameda Research, also run by Bankman-Fried, held a position valued at $5.8 billion in FTT, the native token of FTX. The report also disclosed that Alameda’s investment foundation was in FTT, rather than a fiat currency or other cryptocurrency, raising concerns about the undisclosed leverage and solvency of Bankman-Fried’s companies.This raised concerns about FTX’s financials, CZ the CEO of rival exchange Binance sold his company’s FTT holdings, causing the value of the token to plummet and leading to a run on the currency.

FTX valuation through the years

The many problems for FTX and Alameda began when the crypto market started to decline and the value of FTT dropped. In fact, the value of FTT has significantly decreased since then, falling by around 90% from almost $25 per token to less than $2.50. This drop in value alone could erase much of Alameda’s equity. Alameda struggled to pay its lenders, leading to a downward spiral for both the exchange and the hedge fund. The news prompted a liquidity crisis at FTX, with customers demanding withdrawals worth $6 billion in the days following the report. Bankman-Fried sought funding from venture capitalists and eventually turned to rival exchange Binance for a bailout. Binance initially announced a nonbinding agreement to buy the non-U.S. business of FTX, but ultimately backed out after conducting due diligence. The value of FTT fell by more than 80% in two days, and the crypto market as a whole lost billions, falling below a $1 trillion valuation.

On November 11th, Bankman-Fried stepped down as CEO of FTX and was replaced by a court-appointed CEO with restructuring experience. The company filed for Chapter 11 bankruptcy protection. In the hours following, FTX reported a possible hack in which hundreds of millions of dollars’ worth of tokens were stolen. The Bahamas also froze the assets of an FTX subsidiary and took control of FTX assets held in the country. Bankman-Fried was later arrested by Bahamian authorities and extradited to the U.S. to face criminal charges, which he has pleaded not guilty to. He was released on a $250 million bond, the largest in history, in December 2022.

The collapse of FTX had significant repercussions on the international crypto community, as the company was a major player in the industry. Its failure shook investor confidence and demonstrated the risks and vulnerabilities of the volatile crypto market. The aftermath of the collapse also highlighted the importance of transparency and proper risk management in the crypto industry. The events leading up to and following the collapse of FTX are still being investigated and the full extent of the damage is not yet known. It remains to be seen how the collapse will impact the future of the crypto market and the businesses and individuals involved.

After the recent collapse of a company valued at more than $30 billion, it is expected that there will be some remaining value in the exchange. While certain assets may still have some value, the token for this company (FTT) is expected to decrease in value as more information becomes available about the company’s bankruptcy. Some investors may hope that the company will be bought out of bankruptcy, while others view FTT as a collectible item similar to Zimbabwean trillion-dollar bills. In the future, FTT may be seen as a new type of collectible worth marveling over.

The FTX collapse serves as a cautionary tale for those involved in the cryptocurrency industry and highlights the importance of due diligence when choosing an exchange. It remains to be seen how the industry will respond to the collapse and whether regulatory changes will be implemented to address the issues that led to the downfall of FTX.